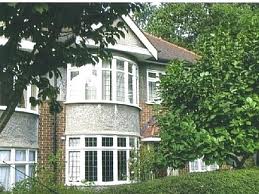 Owning a leasehold property gives the owner / leaseholder the right to reside there / own the leasehold for a certain number of years. Leases can be granted for up to terms of 999 years but it is quite common for leases to be granted for a term of around 125 years.

Leases with shorter terms will provide a freeholder with the option of whether or not he wants to extend the lease. If a lease is extended a premium usually has to be paid to the freeholder which can range from a nominal sum to hundreds of thousands of pounds. The fee payable would obviously depend on the property’s value and location.

It is paramount for a leaseholder when buying a leasehold property to know how many years are remaining on a lease as the lower the lease term, the lower the value of the property will be. The value will continue to diminish as the lease term does. Mortgage lenders are reluctant to lend money where there are less than 60 years remaining on a lease. The remaining term permitted depends on the mortgage product, i.e. how many years the mortgage will run for. One should always think ahead in this respect as it could affect you when you wish to sell or re-mortgage some years later.

Sometimes the shorter the lease terms gets the more expensive it is to extend it so it is better to extend sooner rather than later to save on the cost and also to protect your leasehold investment.

What is Collective Enfranchisement?

Collective enfranchisement takes place when the leaseholders in a block can purchase the freehold between them. Certain criteria has to be met in order to do this, some examples are as follows:

What are the Advantages of Enfranchisement?

There are several advantages to collective enfranchisement, examples are as follows:

What if the Freeholder is Missing?

If a freeholder is missing there is a separate procedure which involves the Leasehold Valuation Tribunal and the Courts. It is still possible to buy the freehold even in these circumstances.

How much does it cost to enfranchise? 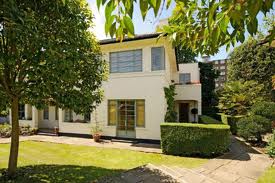 You should bear in mind that if the matter is complex and/or the freeholder is missing, barristers fees would be payable for court and Leasehold Valuation Tribunal appearances.

The premium payable to the freeholder is always negotiable and if a reasonable price cannot be determined, one would have to approach the Leasehold Valuatlon Tribunal.

It is important to have a formal independent valuation carried out so that you are not over-quoted for the freeholder’s premium. Of equal importance, when the initial notice is served for the freeholder which is the intention to collectively enfranchise, the price quoted in the notice must be “realistic” by law.

When the new leases of 999 years are granted, the ground rent is reduced to a “peppercorn”, i.e. a nomimal value (so no longer payable).

There may also be tax implications which we would advise you of during the course of your transaction.